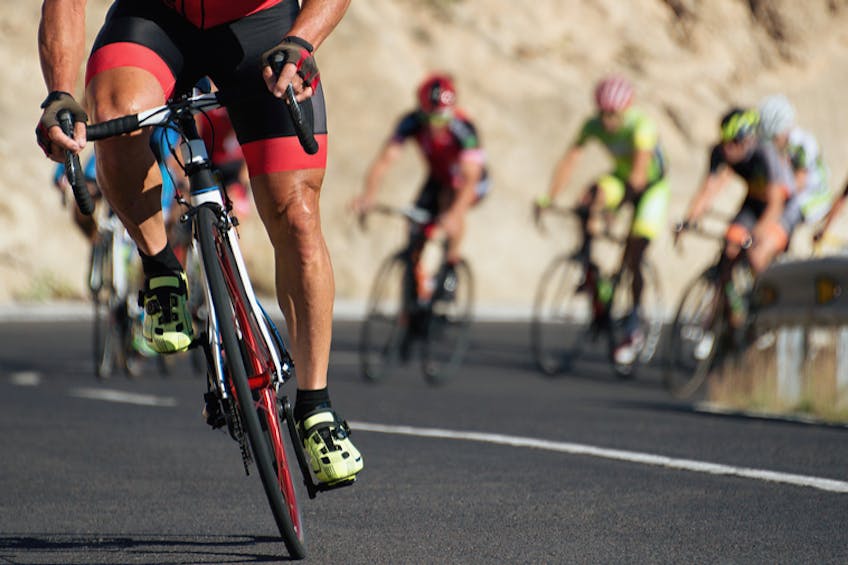 Can Acetyl L-Carnitine really push you to the finish line?

Chemists and health food shops around the globe are full to bursting with exercise enhancing supplements claiming to build muscles, reduce fatigue and basically turn you into a super-human triathlete! But the question is can Acetyl L-Carnitine out-perform them all when it comes to boosting your sporting chances?

Over 95% of Carnitine in the body is stored in the skeletal muscles, which is a major clue that this nutrient is pretty important for the proper functioning of these tissues. Your body relies on Carnitine to transport fatty acids into the mitochondria for use as fuel. These energy factories within your cells perform vital functions, generating energy from food molecules and carrying metabolic waste such as lactic acid out. Carnitine is termed a conditionally essential nutrient, because under certain conditions your body may need more than it is able to manufacture.

Carnitine is the generic term for a number of compounds. The main 3 supplemental forms of carnitine include L- Carnitine, Acetyl L-Carnitine, and Propionyl L- Carnitine. Each different form plays a key role in energy production, but they each also have an affinity for different cells in the body which allows them to offer specific health benefits.

The main difference between Acetyl L-Carnitine (ALC) and L-Carnitine (LC) is that ALC has an acetyl group attached making it a superior version of the non-acetylated form. The acetyl group increases carnitine’s water solubility and therefore its bioavailability allowing it to pass more easily into the mitochondria and also across the blood-brain barrier. Although the structural differences are small, the biochemical differences and effects on metabolism are considerable. Comparative research suggests that ALC performs better as a dietary supplement than LC.

The Science behind the Benefits of ACL

The use of ALC amongst athletes has become more popular over recent years due to increasing research evidence suggesting that it improves endurance performance, reduces fatigue and aids recovery. Results from studies report the following benefits:

The limit to which people can train varies between individuals. Everyone's muscles have different breaking points. Many people have difficulty just climbing the stairs whilst professional competitors can continue to exercise for hours before fatigue sets in. Research evidence indicates that orally ingesting carnitine offers the potential to increase performance in anaerobic exercise – the point at which oxygen demand surpasses oxygen supply.

Results from one small clinical study found that 2 grams/day given to marathon athletes over 6 weeks increased running speed as well as decreasing heart rate and average oxygen consumption. Another small study on the L-carnitineʼs effect on high-repetition squat exercise found signiﬁcant beneﬁt from 2g carnitine daily compared to placebo.

More positive outcomes with carnitine supplementation were seen in a 30-minute all-out cycling session. After 24 weeks taking 4g carnitine/day, the carnitine groups work output was 35% greater than the control group and 11% higher than before supplementation was given.Further studies have reported increased maximal oxygen uptake and decreased plasma lactate when LC was supplemented an hour prior to exercising.

Most recently a study reported in the Journal of the International Society of Sports nutrition compared the performance of a small group of women who took a carnitine and mineral supplement complex with others who took a placebo. The carnitine supplemented group found their 3 mile run times had dropped from 26.5 minutes on average to 25.6 minutes.

Furthermore, the distance covered in 25 minutes on a stationary bike increased to 6.5 miles compared to the earlier distance of 6 miles at the start of the study. Another increase was seen in the step test from 40 steps up to 44 steps. None of these increases was seen in the placebo group.

Carnitine is known to be excreted in higher amounts during high-intensity exercise, requiring rapid repletion. The body is able to convert LC to ACL and vice versa. During high-intensity exercise, LC shifts towards forming ACL and subsequently the free carnitine pool is significantly depleted and lactic acid accumulates. This creates muscle burn which results in difficulties with muscle coordination and movement hindering performance.

Research on healthy individuals given 2g/d L-carnitine for 24 weeks combined with a carbohydrate solution, showed that increased carnitine concentrations in skeletal muscles had a profound effect on muscle fuel utilisation. During low intensity exercise the use of muscle glycogen was halved – stimulating fat metabolism, whereas during high-intensity exercise lactic acid accumulation was substantially reduced. Supplementing with ALC provides a substrate reservoir that positively influences muscle fuel metabolism.

Animal studies have identified that ALC can significantly increase the time to exhaustion. In humans, it has been found that chronic fatigue sufferers have decreased levels of carnitine. Oral administration of LC saw a clinical improvement in 12 of 18 patients suffering from chronic fatigue syndrome. Researchers reported that improvements were greater between weeks four and eight of treatment.

A further study amongst patients with hepatic encephalopathy given oral ALC showed a reduction in fatigue as well as improved mitochondrial function. Reduced physical and mental fatigue severity has also been documented in studies involving MS patients and those with hepatitis C.

A number of studies have demonstrated that carnitine supplementation improves recovery by significantly reducing the accumulation of muscular lactic acid which leads to muscle soreness. ALC is also known to possess strong antioxidant properties and therefore helps to protect against the oxidative stress during and after intense or prolonged exercise affording protection from free-radical muscle damage.

HOW TO TAKE ACETYL-L-CARNITINE?

If you choose to take ALC supplements the recommended dosages usually range from 500-2000mg/d.

To aid recovery during periods of intensified training, most research has generally used 1-2g/daily. It is recommended that this is taken on an empty stomach in the morning at least 15-20 minutes before eating.

If you want to gain maximum absorption the best delivery system in supplemental form to date is via liposomes - Altrient liposomal Acetyl L-Carnitine is renowned for its quality, efficacy and purity. Liposomes are microscopic nutrient filled bubbles made from a bi-layer of phospholipids which protect and deliver the encapsulated ingredients into the body directly to the cells where they are needed most.

Research has shown that liposomes overcome the absorption barriers and cellular uptake restrictions normally encountered by standard oral supplements and are able to achieve optimum bioavailability.