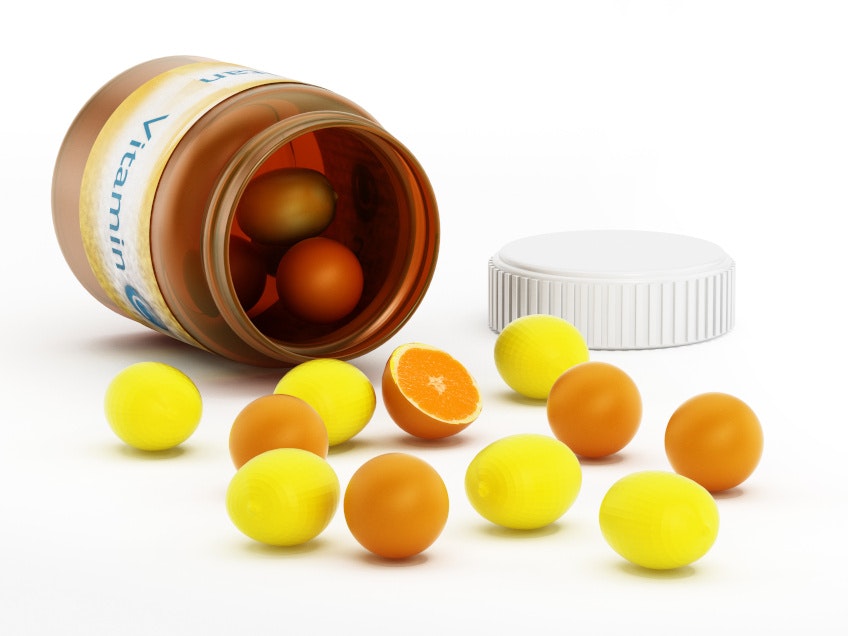 What type of vitamin C supplement is best? By Dr Levy MD

A question that has been presented to me numerous times is "What kind of vitamin C should I take, and why?" It is a very good question, indeed. Let’s look at the different types of vitamin C that can be found in many of the capsules, powders and liquid vitamin C supplements available today…

It should first be emphasized that all of the forms of vitamin C share the characteristic of having a positively-charged cation and a negatively-charged anion, in the dissolved form. What all forms of vitamin C have in common is that they are all composed of an ascorbate anion. In fact, it is the ascorbate anion that is the electron-donating, active portion. It’s the ability of the ascorbate anion to bond with different types of cations that enables many different forms of vitamin C supplements to be produced. The most popular cations include various minerals and a fatty acid called palmitate. These companion cations also have significant biological impacts, and this needs to be considered when choosing the best form of vitamin C supplementation for both short-term and long-term needs.

Vitamin C has pro’s and con’s when it comes to gut health. Each individual has their own ‘bowel tolerance’ level for vitamin C. This is the dose at which a vitamin C induced intestinal flush (diarrhoea) occurs. Individuals with a tendency towards gut issues are likely to have a lower bowel tolerance than those without a history of tummy troubles. If exceeding the bowel tolerance level is well-tolerated, then the remainder (un-absorbed) vitamin C passes into the colon before they get absorbed. Some forms of vitamin C supplements are more likely to trigger a lower bowel tolerance factor (ascorbic acid) whereas one of the benefits of liposomal vitamin C is that even at high doses digestive upset, diarrhoea or intestinal flushing is not a factor.

It should also be noted that large amounts of sodium ascorbate can be taken by those with high blood pressure and heart disease, without causing water retention or an increase in blood pressure. This is because it is sodium chloride, not sodium associated with an anion like ascorbate, citrate or bicarbonate, that reliably causes fluid retention and aggravates high blood pressure in individuals sensitive to volume overload. The term “sodium-dependent” hypertension should be replaced with “sodium chloride-dependent” or “table salt-dependent” hypertension.

However, since there always appear to be exceptions to every rule in biology, anyone who notices elevated blood pressure or ankle oedema after high doses of sodium ascorbate would be well-advised to supplement with a different form of vitamin C.

Calcium ascorbate is slightly more expensive and is also marketed as "ester" or "buffered" vitamin C. Much of the popularity of this form of vitamin C comes from the fact that many people are looking for extra sources of calcium in addition to taking their vitamin C. These products typically deliver approximately 100mg of calcium for every 800 - 900mg of ascorbate. However, scientific data supports the concept that the vast majority of the older population is suffering from calcium toxicity. We continue to be stressed with warnings of increased risk of osteoporosis while the data clearly shows that most deaths in patients with osteoporosis relate to the vascular system and not the bones. The scientific evidence is very clear that supplemental calcium often fuels the progression of atherosclerosis, with the expected increased chance of heart attack. While it’s true that calcium ascorbate is easy on the stomach, sodium ascorbate is tolerated just as easily, is more affordable and does not aggravate calcium excess already present in most older individuals.

This is another good form of ascorbate supplementation but it does come with a potential health hazard since it is relatively easy to overdose on potassium which can cause fatal cardiac arrhythmias. Potassium should never be taken on a regular basis unless advised or prescribed by a healthcare practitioner.

Manganese, zinc, molybdenum, and chromium ascorbates are additional mineral ascorbates which tend to be much more expensive. All of the cations are desirable as supplements, but they can be easily be overdosed if they are used to deliver multi-gram doses of ascorbate. Much more cost effective and safer to choose a sodium ascorbate instead.

One of the primary benefits of liposomal vitamin C is a near complete absorption of the encapsulated ascorbate into the bloodstream. The physical qualities of the liposome also eliminate the need for digestive activity before absorption and there is no intestinal flush effect with large doses. Furthermore, it appears to have a slower excretion rate and the highest absorption factor. The enhanced absorption along with the phospholipid dose absorbed has uniquely positive benefits and provides the best intracellular delivery of vitamin C.

Please note - This article was created and edited by Food Scientist and Nutritional Therapist Susie Debice using extracts from the book Death By Calcium and the article The Many Faces of Vitamin C, both by Dr Thomas Levy MD.

Are ketogenic diets the new route to effortless weight loss?

Every January we hear about new healthy eating plans designed to help us shape up and lose any residual festive kilos. Why waste your time on a wellness plan that hasn’t already been put through its paces? Nutritional Therapist, Jackie Newson explains why ketogenic diets, which typically follow a high fat, low carb style of eating, that’s been tried, tested and perfected over the last century, makes light work of successful dieting.