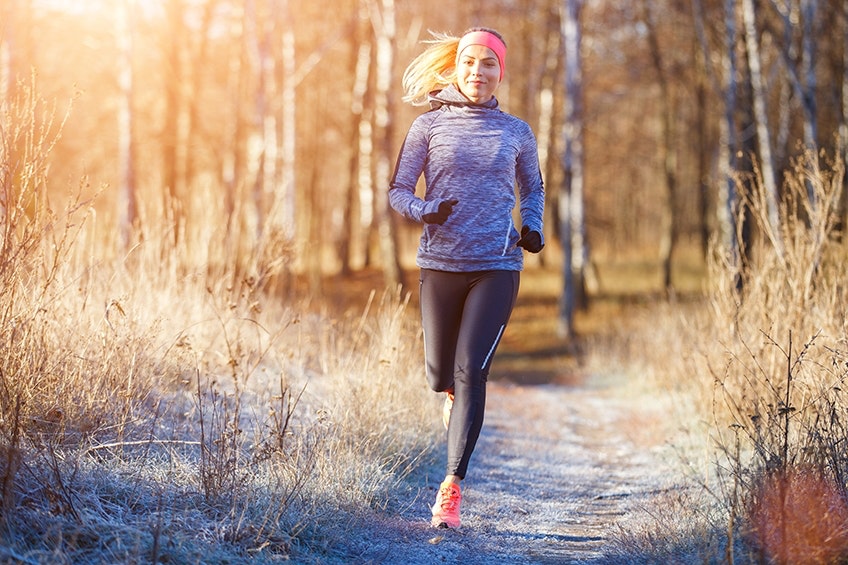 Runners around the world beware – failing to consider your lung health and immune strength during training could be your biggest winter risk!

Whilst stamina, heart health and leg muscle strength are important factors for any athlete, optimal performance lung health and a robust immune system should also be placed high on the list of your winter health and fitness agenda.

Serious runners must battle the elements no matter what time of year and winter is no exception. Come rain or shine marathon and triathlon enthusiasts can be found pounding the pavements all over the world. To maintain this dedication, runners need to have particularly healthy lungs to maximise the delivery of energising oxygen to active muscle groups.

How the lungs work

Oxygen enters the bloodstream through the lungs via your windpipe (trachea). The windpipe divides into airways called bronchi, which branch into smaller and smaller airways. The bronchi and smaller bronchioles are lined with smooth muscles which help to expand the airways during exercise. At the tips of these bronchioles are tiny air sacs called alveoli, which is where gas exchange happens: fresh air in, carbon dioxide out.

As well as carrying oxygen the lungs are designed to protect the body from the inhalation of germs and pollutants. This is achieved by the production of mucus in the small airways which helps to trap any unwanted materials.

Bacterial infections like bronchitis and allergies (such as asthma) may help trigger inflammation in the bronchioles and alveoli. This creates a build-up of mucus within the tissue, as well as tightening of the airways and spasms in the smooth muscles which support the tiny airways. Low grade chronic systemic inflammation is known to result in reduced lung function, not what you need during an intense training schedule.

The lungs may also become damaged as a result of smoking or breathing in pollutants, dusts and fumes over a sustained period of time. All these factors could interfere with the normal mechanisms in which air is exchanged within the lungs.  Once the airways are damaged, breathing normally may become difficult and this could ultimately influence or compromise athletic performance.

Help to protect your lungs by:

Importance of nutrition for lung health

Respiratory diseases are characterised by airway and systemic inflammation, obstructed airflow and reduced lung function. Poor dietary patterns have been linked to the risk of respiratory disease, however some success has been found with healthy dietary approaches.

For example, the Mediterranean diet is shown to protect against allergic respiratory diseases such as asthma, helping to reduce typical symptoms. This may be partly due to the high intakes of fresh fruit and vegetables which are rich in antioxidants, vitamins, minerals and phytochemicals.

Avoiding a typically western dietary style that consists of high levels of refined grains, red meats, high fat dairy products and sugar is recommended as this pattern of eating is thought to be associated with increased risks of asthma attacks. What’s more, a high fat, fast food diet has been shown to be a potential factor for airway inflammation.

Research also suggests that omega-3 rich foods such as oily fish, walnuts and flaxseeds may also have positive effects for respiratory conditions such as asthma and chronic obstructive pulmonary disease (COPD).

The winter season is a time when all of us become more susceptible to picking up bugs, but this may be especially so for runners and extreme athletes. High training loads, prolonged exercise intensity, injury or poor recovery time are shown to be associated with depressed immune cell function.

Lengthy periods of strenuous exercise have also been shown to heighten oxidative stress. Runners and endurance athletes should therefore be mindful of their antioxidant requirements and make sure they are gaining sufficient antioxidant rich foods in the diet. Inadequate or inappropriate nutrition has been shown to exacerbate negative influences on immune competence and increase the risk of infection.

Ensuring sufficient antioxidants may also help to protect muscles and connective tissue from free radical damage, important for effective and speedy recovery. If the body’s antioxidant balance is out of kilter this may result in inflammation and tissue degradation.

Dietary deficiencies of protein and specific micronutrients have been associated with immune dysfunction for many years. In addition to this many athletes are still fat phobic, unaware that essential fatty acids support normal immune function and help to regulate inflammation.

A healthy balanced diet that includes a variety of colourful fruit and vegetables, good quality protein such as chicken, eggs, beans and fish plus fibre rich complex carbohydrates should deliver the nutrition support that a runner needs during the winter months.

Everything you need to know about vitamins D3 and K2

With the new product launch of Neutrient D3+K2 now available on the Abundance & Health shop, Nutritional Therapist Jackie Newson explains the unique health benefits of vitamin D3 and K2 which act as a powerful team for those who want to invest in strong bones, healthy muscles, immune support and optimal cardiovascular health.